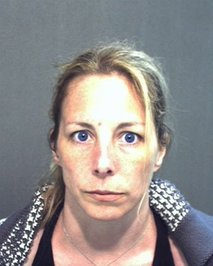 I mean who could have forgotten Charles Stuart in Massachusetts and Susan Smith in South Carolina and John McCain campaign volunteer who claimed that a 6-foot-4 black man carved a B (for Obama off course) into her cheek and as if it was not enough, now we have Bonnie Sweeten, a mother from Pennsylvania.

People when are you going to learn that the engineered pretext no longer merits any propensity. Scapegoating black men is as irrelevant as the hoax itself; it is as old as my grandmother’s underwear. (Forgive me, and one Hail Mary here, as they are both diseased.)

C’mon, we have ascended a bit, I suppose. We now have a black President; it should count for something right? And then came this goofball (a more fitting euphemism could have been used but I digress) who decided to forfeit her judgment and reinstate the stereotype once again, so to swathe her foolishness.

The worse is not the fact that she actually used it but the fact that it caused a media frenzy; the press bought it until it was pronounced as a hoax.

The clichéd view of black men as being dangerous is no longer regarded as a novel or merits any glance over. Just because she was thickheaded, it does not denote she has the carte blanche to her idiocy. She needs to understand that the exploit is no longer an open bar – now deemed a flight risk, the reason for her release on $1 million bail.

I have no idea what type of coffee she was drinking that morning; it must have been Java mixed with something else, perhaps, vodka because I cannot imagine anyone in their right mind, waking up one morning and pointing the finger at an innocent person less again, a whole class. In any case, she should have designed a more intricate plan as this one fell flat from the sky.

Perhaps, she should have been clued-in that things are changing; the wind has been blowing the other way. I mean racial boundaries are slowly dissolving, right?! Huhhh?! OK.

She should have also learned that the behavior is not your typical black man’s M.O.; she must have gotten confused with black on black crime or snitching; the standard “black crime”!

Surprisingly, her erroneous stupidity did not bring about line-ups, stopping, searching and questioning of every black man in sight by the police or Al Sharpton. So, it was all good. There was no cause for concern!

What an example she instills in her young daughter (children, she has two others)! I mean, how much more can the black men take? Time to end the madness!

One thought on “The Black Man Didn’t Do It!”