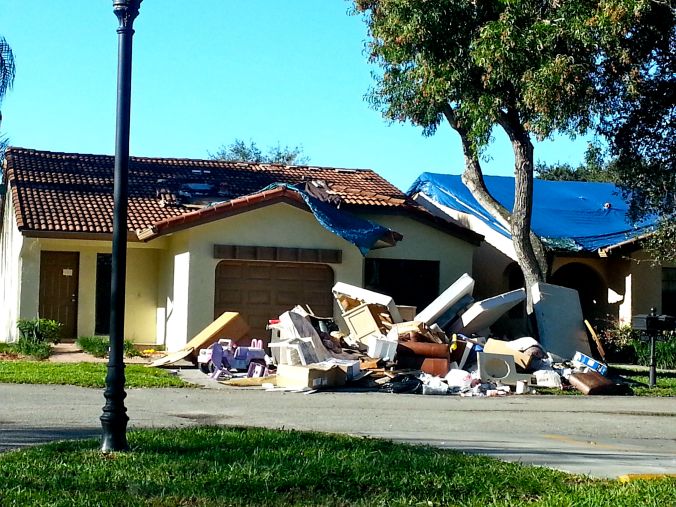 I was driving around the neighborhood the other day when I came across a family’s belongings out on the driveway. They were just open to the elements without care. No one knows the reason but the conjectural story is that the family may have fallen in hard times and were evicted as a result. The sad part for me was the sight of the Fisher-Price power wheels pink Barbie jammin’ jeep.

Issues, snags, hitch, bumps or as they are commonly known on the streets, headaches, are a pain in the derriere for many of us.

Problems are a little nagging elephant in the room and often stubborn, anxiety driven, seductive elicit drug. Most of us want to steer clear of those headaches but the migraines keep coming in avalanche, roller desk full, unsolicited and not even an aspirin can cure. The more you try to avoid them, the more they seem to wash ashore, hitting you in the bun with a force of an asteroid.

They come in different names, shapes, colors, forms, degrees, you name it, balloons included. The never ending pest that just appears without a warning, trotting in like hungry little soldiers geared up for battle.

They show up unprovoked and on a extemporaneously mission, oblivious to you but target practice for them.

“Hey, it is a joke. Just smile, it will be over soon.” The usual rhetoric line but yeah, says who?

Headaches just walk in no matter the temperament, composed or animated, and hands you a ticket to an event that you were not even invited nor subscribed but are bound to appeared. They just have a way of finding you, specially when your are down to pits and can’t even scream alleluia to save your life.

Troubles can hit you at moments notice. They drop like a brick and expands like meteor showers. They knock without shame leaving you broken, beaten and disconcerted. They pile up like dirty clothe at a college dorm or at laundromat and flare-up like firewood. They are odorless but stink like a rotten onion. They mutate like worms in disguise one inch at time and if you snooze one minute, you will find yourself way deep in the canyon, entangled in a jungle without an escape capsule.

Problems cannot be escaped or circumvented. One can spot a hole on a dress or shirt but not everyone in their mother can hold a needle and threat to repair it, unless you are psychic Ms Cleo which I seriously doubt is good with a sewing machine. They come in waves and as sizable as the slaps may be, unless one takes a miracle pill, one should never despair nor be discouraged. Take it all in stride, grow from it and let the chips fall where they may, let it be.

Because they march at the beat of their own drum, some headaches just disappear like water rapids but others, take their time, stroll at a snail pace that even the snail has a hard time keeping up with it. All one can do is plead with problems to go way, find their own corner and refuge but as an individual, is best if we buy a travel refrigerator and keep cool, refrigerated. Tune in mom’s voice loud and remember that life is an unadulterated process, a metamorphose, a map of teachable lessons that comes ashore like a drunk in a bar. It strengthens you!

You got a headache? What is your major malfunction?

I have been frantically breaking out like mother rabbit dropping her million babies. They have been popping lately from every corner – one here another there, to the west and to the east, from the south and the north – whenever they so feel like it. They are thundering down the curve, ubiquitously like microwavable popcorn at speed of my brain cells.

L’Oreal ain’t doing it, Oxy 5 too oxidized, Proactiv nuh, it too has a mind of its own. The fad just busted my solemn face and left me with some universally unappreciated dark spots at the chairs where they were conjured up; so, I parked it.

The little weasels just have a mind of their own and there is nothing I can do about it. They are irritating, unflattering, annoying and just plain selfish.

I feel like exhausting a leaf blower and all its magnetic heat into my face, zit it all out with a laser and like a carpenter carve it with a perfect razor. I know, that’s called going to a spa for a facial peel, microdermabrasion treatment and yada, yada, yada but in today’s economy, all bets are off; who can afford it? Besides, I may come out of there looking more like a lizard shelling its skin then a perfect green apple.

I just had it with them. So, I woke up one morning, loaded with ideas on how to deal with my inimitable crisis – as if I am the only soul dealing with this issue but I want to look pretty. So there!

I resorted to the oldest trick on the table; the cheapest bonanza on the bank, one that one may find in a corner of our bathroom cabinet and went berserk with it.

I looked like a woman in a mission, one mad lion on her way to scavenge for her latest meal. I designed my own little garden, as my face resembled the latest issue of Architectural Digest. The garden looked lovely but it was one scary scenario, I may add.

That was the previous night, while at the house. I cleaned it all out the day after.

I did not intend to make myself a walking Cirque du Soleil member but I stapled one of the miserable little things right above my lips back in. I glazed the zit with a tad of toothpaste – it is known to be an inexpensive spot home remedy for pimples – and got out of the house.

The unadulterated speckle was noticeable to the naked eye. A binocular wasn’t promoted nor a magnifying glass; they were not needed. I mean anyone could spot it; it was that obvious.

So, you would thing that a celebrated home remedy resembling a booger was sufficient to alert anyone of my protocol violation? You would think, someone would at least classily advise me that I have a “hideous” monster shoved up under my nose? You would think that in the age of the Internet someone would IM me to save myself from an embarrassment? Nope, nothing, zilch, not one dopey or hallucinagent comment. Everyone looked, everyone stared, everyone walked on by but no one dared say a nothing. Not _one_ word _whatsoever!

I paraded my anointed face the world over and no one blinked. I knew it was by design but the purpose was foreigner to most; so, I was expecting at least a person – a woman perhaps – to jump ship and report me to the Principal’s office. (I must confess that I was not looking for the report card since the expectation level wasn’t running high; besides, who cares, really?) The women were the best dodge drafters, avoider’s 100; they did not even look.

My little experiment led me to question, why are we so sensitive to each other; what are we afraid off? Why are we so cautious about telling people that they look appalling; that they look like evil in its way to the purgatory? They would rather see people running around with their trousers hanging or blood stain on their skirts – for their latest water cooler tittle-tattle bulletin board – then to warn the individual? Personally, I always raise the biggest stop sign I can find instead of letting the person crisscross a plague-ridden railroad.

It is not like we are walking towards the confessional booth and find the priest sitting on the corner ready to stamp “mia culpa” on our forehead for being callous. It is simply a matter of do unto others as you would have others do unto you. If you don’t want to be seen in an embarrassing jam; perhaps, someone else also would not want to be in the same predicament. 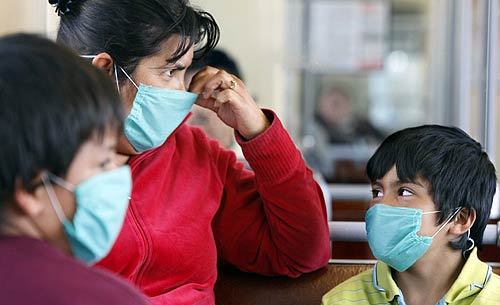 Really, I don’t get it.  What is the fuss? What are you afraid off, to wet your hands? It is called hygiene – cleanness, sanitation; nothing else, nothing more.

It does not take much, possibly two or three minutes of your time. It is that quick. You turn the faucet on and let the water run, soak your hands, rub them with soap, hopefully a little longer than expected and then rinse it with water. It does not take a full moon to understand it. It is that simple and does not require the world over.

You see mama knew best when she told you to always wash your hands and cover your mouth when coughing. Perhaps, if everyone was following the first rule of Cleaning 101, we would not be in the predicament we are today specially with the swine flu. It would not cure it but perhaps, it could have impeded the spread of it.

As I watch everyone realizing that a simple wash of hands could have stopped its progression, I could not help but think of a few good soldiers who may be experiencing some problems with this rule right about now.

Take Sophia – name has been altered to protect the individual (we worked together for the same fortune 500 company but in different departments) for example. For the hell of me, I never got it.

She was this attractive and smart, friendly and pleasant, always smiling, always in the go but she had one big flaw.

She worked in Human Resources of all places, a division dealing with staffing, recruiting and training employees and independent contractors; meaning that she would be meeting and greeting “tons” of people from various facets of life. So, you would expect her to be the last violator of Cleaning 101, right?! You expected her to be aware of her closeness to the people, her handshakes and kisses, thus the need to wash her hands; you would think that right? Wrong!

The rule did not concern Sandra; it was just a little silhouette under the tree.

It was irritating and sickening, yaks, a constant hiccup for me and the fact that I could not advise her on Cleaning 101 department, really exasperated me more. I came close a coupe of times but conscious that I could potentially be hurting her feelings and not knowing how she would react, I was advised to do otherwise; to mind my own business. (That was yesterday; today, it would have been a different story)

I so carefully drafted a sensitive note with the header splashed in big bold letters and stacked it right by the door – at a face’s level – so that anyone leaving the premise would be forced to read it. (And any violator permanently condemned; not!)

It was futile; unfortunately the news did not reach Sandra as she continued paving the numbers (even chit chatting right after the business) and kissing and shaking hands without shame or care in the world. So, what’s wrong with that picture?