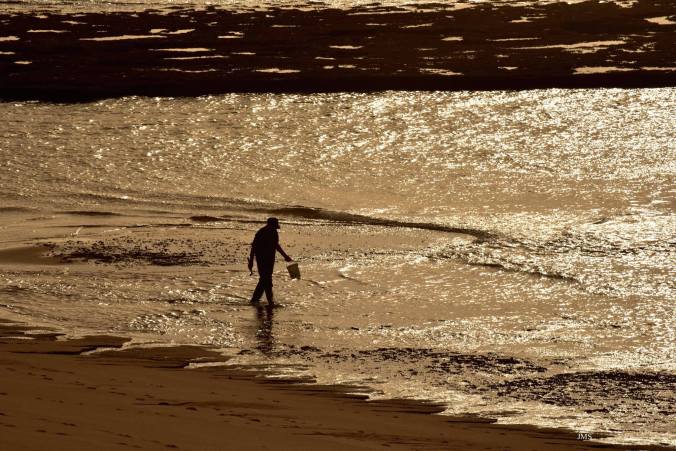 The time the room look dingy and you can’t seem to put down the cross you are carrying because it is playing tricks on you. Sit and ponder. Rethink. Take two. Excuse the darkness, the clutter. Don’t despair. Hand over your flag and escape through the open door. Search for a bridge and cross to the other side. Find the gift that surprises you.

I saw this last Saturday at an antique store in Winter Garden, FL and was this close, from purchasing it.

I must confess, as a blogger, curiosity had the best of me. I thought of many reasons the little notes could perhaps, make the ultimate guide to writing beautiful love of parent to child stories, an interesting read but something stopped me at my tracks.

I picked up the jar twice. I turned it around, looked a at it and turned again. I tried to peek through the translucent glass but the notes were so carefully jammed in that not even the Pink Panther would be able to solve the case.
I dragged the jar with me all over the store as I browsed through it. I misplaced it a few times to picking it right back a few seconds later, to finally giving it up for good just as fast as I could sneeze off the dust.

It did not speak to me. I didn’t think it was right. Thought I was violating the person’s trust but one could easily argue, I was not since the jar was up For Sale.

How can parents “love for a child” be up for sale? If indeed the notes were intended for a four years old in 2014, basically two years ago, there must have been a big reason why the jar was discarded and it wasn’t my job to play detective. One could play the devils advocate and assume the notes were intended to be opened when the child was old enough to read but it was there alone, tucked in a corner.

If it was meant for me to have the jar, I would have been Told So. It would speak to me and it didn’t. I would quietly paid for it and walked away with a smile but I didn’t. So, without a tear in my eyes, I laid it back at exactly place where I found it, on the left corner of the second shelf of the bookcase on the last isle.

When the car breaks down, the world caves in from every direction and you are left at the roadside waiting for the train to go by. You want to scream, fly, run but you fail miserably at the breaks. Not strong enough, they say. So, you keep pushing, waiting for the veil to drop.

You look over and the world is sitting still. The drum is still beating. The circle in your eyes, still puffy. The moon and the stars in formation, winking at you.

You hear the music but Beethoven it isn’t, so you try to switch to another channel but the symphonic notes still playing the same old tunes. You yell at whoever. You are heard, so you think, responses coming in small packages and yet, you are left wondering about a parachute. You try to spin, flip the page, blow it harder but the recipe is written in stone, No Carbon Copies Allowed. Perhaps, the new pastry chef will add a new dish to the menu but it is not about the cookie dough but the wind, blowing.

Death it isn’t, hell it is but the moutain, although steep, still up for the challange; we are climbing it. Looking straight at the screen below, the music man reads the story on today’s newspaper, outloud. It is dark and storming out the weatherman says but sunshine and bright skies tomorrow.