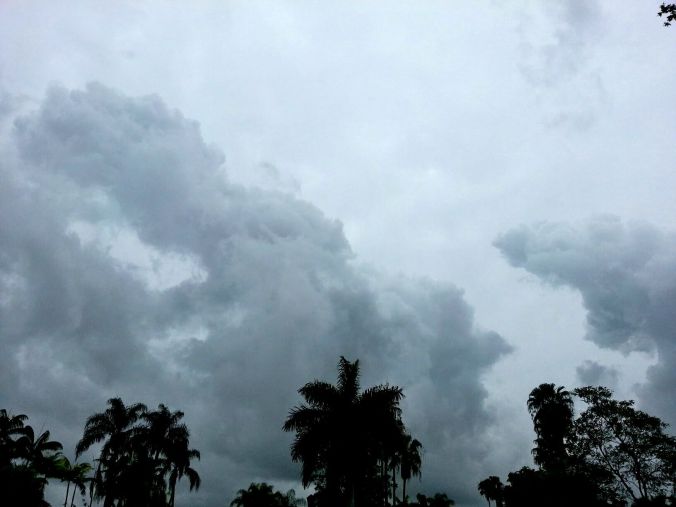 Lord, give me the strength to deal with this crazy weather and wisdom to know the difference that it is mother nature doing her thing. It is summer after all and we are supposed to get rain often but now, I am not even going to say please because you overstayed your graces. Yes, the lawn is smiling but soaking wet. The grass covered in butterflies, lizards, bees, spiders hanging from afar – yes far, is getting so high that it screams, help me, help me. So we, united in the same common ground, delightfully urges the rain to hit the road, just pack up and go for a few days, give us sometime to breathe. We love you, we need you but it has been days. We need to see the sun because it is just plain yucky! 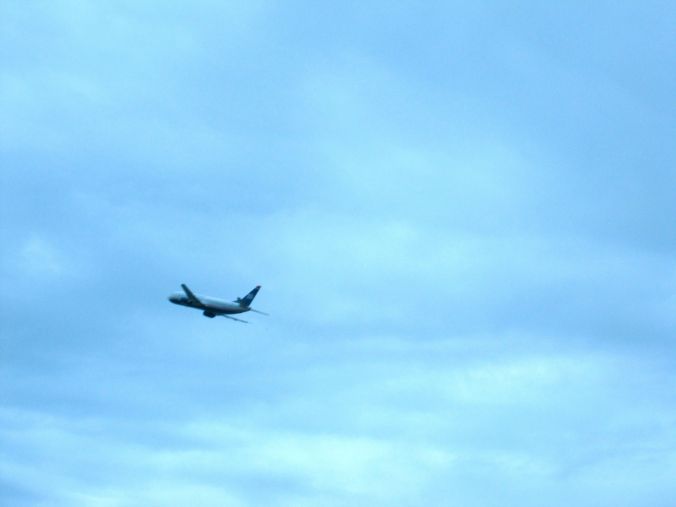 Life is an endless highway that engulfs into a catalog of unknowns that frames our journey.

The voyage that initiates at dawn veers through strokes, sways into various routes transporting us into nameless territories.

Unaware of that ride and where it was transporting me, I landed in a region called Moongrove back … let’s just say, a long, long time ago. Provided of all amenities and scores of challenges, I went on to build a life rewarded by gratitude and professionalism that has defined me today.

Along the way, I had the opportunity to know and work with scores of people, share the good and bad times, celebrate the occasions and make undeniable family of friends that I will always treasure.

As I once again embark in a endeavor, I peddle around the bridge, ready to embrace the mysterious and trade in my new outfit in the corridor of possibilities.

As set sail to wave goodbye, a ramble of emotions sprinkles down my spine as I take one last dance. Though, geographically disconnected but just one stroke away, I will miss you and wish you the best, and good luck. “I am going to smack the cricket out of this mosquito. It couldn’t find any place else to bite because I am all covered up, but my face?! Grhhh…” That was my posting a few weeks ago on Facebook.

I honestly would like to know who made mosquitoes, yes mosquitoes? Scientifically, I know the drill, the egg and the larva thing, the adult female laying an egg in standing or near the water’s edge or aquatic plant, yada, yada but who created the adult female? That’s a pertinent question which I am not about to dissect but would like to know in lamens terms, how they came to be?!

Agree with me or not, obviously, the man up there had something to do with it. He created the universe but how mosquitoes came to be members of the animal kingdom, Erckel has yet to tell me! Perhaps, they were invented in a laboratory by a magician, or crafted in the kitchen counter by a master chef or an fuselage of a plane, whatever it was, it makes no sense. They are nuisances and should not have been allowed to coexist.

Just as people have been asking this of the Kardashians, I am going to ask the same of the mosquitoes. What in the heck they do and what possess them to booze up on blood of the living anyway? What are their use and purpose in this earth? What are their prize possessions? What are their stories? Many questions and no answers.

It is not like they are useful?! They have no talent, they serve no purpose other then jumping from body to body making a sandwich out of humans. I guess it is a job they should be proud of?!

Their bites sting. They itch, leave a red bump, small blood blisters, swelling, scar…all great ingredients for one good salad that we never asked for. They are just one mean lean irritating thing we call insect and if anyone believes otherwise, please smack me in the head. I am a turtle!

I mean, it is not like you can leave a minuscule dead, oops standing water parked outside of your dominion without feeling their zing. They make it their own. They make it home. They decorate it, fence it, plant their green and claim it theirs.

They design their own city, buy their own merchandise and make room for more possessions.

They make music, craft a unique obnoxious sound that has yet to be duplicated. They wire you, plant the sound in your brain, forcing you to hear the obscure dreadful irk pitch like the last episode of The Wired and hope you jam to it, an insult to my iPod.

They dance to their own unchoreographed tune, jumping here and there indiscriminately, bouncing like yo yo balls, pretending they are exercising. No kidding, this coming from a thing with a name that derived from the Spanish and Portuguese, word, mosca, it is a little fly. I should have known a thing or two about this but most flies don’t bite and this one does.  Grhhhh…

Clemency has never been their mantra nor courtesy.

They come unannounced, disturbing your peace, leaving you defenseless and unable to reciprocate but run faster then the rat next door at any attempt you make to squash them. Try to kill or take a picture of one of these pesky critters to see what happens. It becomes a story, a playbook but if you are successful, you will be blessed by humans and your good graces plastered in the wall of fame for your good deed.

The exercise is one swift animated motion picture. The most frustrating adventure in the world. You are on edge, on stand by, patiently waiting, pacing, stalking a watchful insect that in actuality, is also stalking you.

It is a movie with different plots, orchestrated by an invisible director that only appears once you hear its sound or have been bitten. There is nothing you or me can do but watch it, content with the fact that you are in it, and you better play the part by squashing wherever, hoping it lands on the target before it gets you and then breath.

They perform transfusions not with the intention of researching a disease but transmitting one. They pass it around like a ping pong ball, going back, back and forth like Aaliyah’s song or the best apple pie at a Thanksgiving dinner. They serve it as menu on a platter and no one can remove it from their plates because it tastes that good.

They suck it out of you with tentacles of an octopus and betray you when you most need it, at your death bed. The deed is mostly done by the female who needs to obtain nutrients so she can produce eggs. So, she can do what?! Ai caramba, I have nowhere to run.

They are a disgrace, oops, never mind, they are insects.

They carry themselves with such clout that they believe they are kings of the world but wait, I thought that moniker belonged to the almighty lion. Perhaps, the lions lost their thunder by letting a pesky insect infringe in their turf but, me?! I would have obliterate them, squash them like a cucumber and make a zucchini out of them. Maybe mosquitoes are princes since lions are still the kings. Not! Anyone who can take a chunk out of a lion, has my respect but I wished it would entertain itself with just that, the lion and not me because, let’s face it, who wants to be made a meal?

I would love to live in peace without the congregation of the hunters and in harmony with the non hunted. I hope to live in perfect harmony without the sprays, the fans, the repellants, the buzzers… I wish it would load itself on a balloon, pop the air and hit the road so that I would live free of the horrendous sounds, the bites, without the itch, swelling, scar…. oof! Where are the animal rights individuals when I really need them? Lord, I am exhausted just thinking about them.

Yes, I am allergic to mosquitoes and yes, this is what my life has become. A life surrounded by mosquitoes. A whimsical melody trying to squash as many insects as possible. A place where unleashed repellants don’t do justice, are pointless and pest control are a must. The price of living in paradise in the raining season. A life of a mosquito prisoner.

They love me and I hate them.

They bite me and I can’t bite them.

Can’t we all get along?!

When the pigs fly…

Oh no, don’t get me started on the pigs!