I have no idea what she was up to at first but realized a few seconds later that she was attempting to squeeze the balloon inside the car but was having a good ole hard time.

First, the thing was enormous. Second, it was February 19, way way past Valentine’s day. Third, she tried to put it in the passenger seat and when that didn’t work, she attempted her luck on the back seat. I hope she succeeded because let’s face it, it would obstruct her view if she had left it in the front seat.

The whole thing was amusing. She would set it in and it was quickly out, and it was not even a windy day! It went on for at least few minutes. 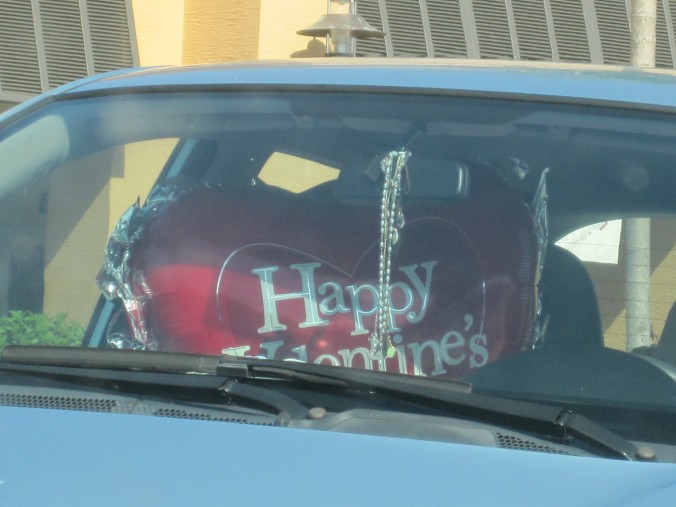 Should I then assume that the reason for her resolve to see the balloon in, was because she was still in the amore mood, or was she in an extraterrestrial calendar state of mind?! Hope she was in the amore mood because it took her a while to get this thing in.