I was in Geneva, Switzerland when we decided to adventure to Evian, France. It is just across the border, an hour away and why not? I mean, when you hear Evian, you think water and I thought, I drink the water, why not check the city? So, to Evian we went.

I didn’t know what to expect, so it was to my surprise when we came across Le fabliaux village des Flottins. La what? 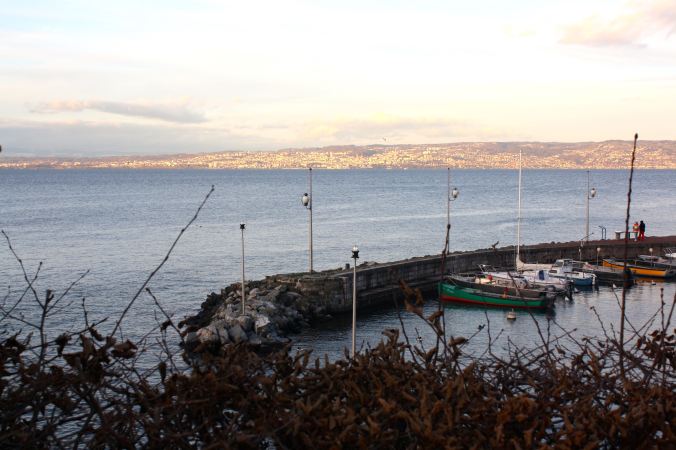 Le fabliaux village des Flottins occurred from 13th of December 2013 to the 5th of January 2014. It is a free and alternative magical Christmas market, a make believe village filled with exhibitions, street entertainers, art installations, music, shopping and much more. Most of local shops stays open until 8pm. But the most interesting thing for me was the presence of magical creatures that gave birth to an enchanted kingdom, made out of drift wood. They told a story but on that day, I paid attention to the creativity on hand. Imagine how much wood time and imagination went on creating these pieces?! In my heck of the wood, it is just wood but in Evian, it is art. We were so much into it, visiting all of them that we even forgot to visit the site of Evian Water. 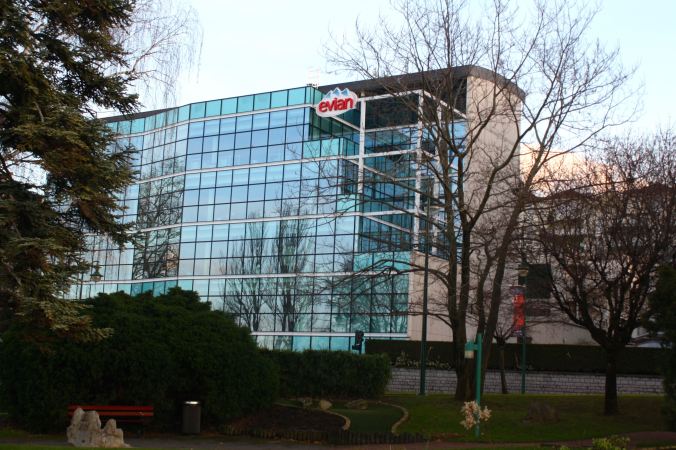 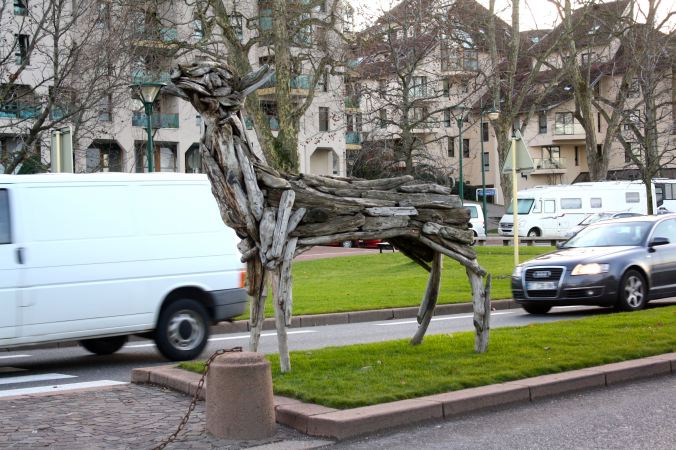 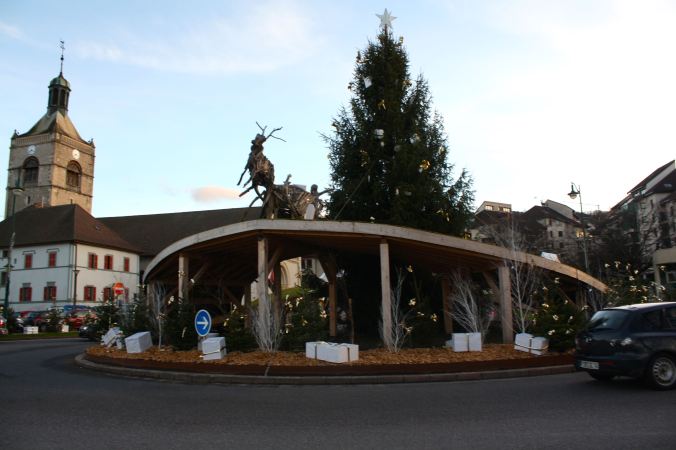 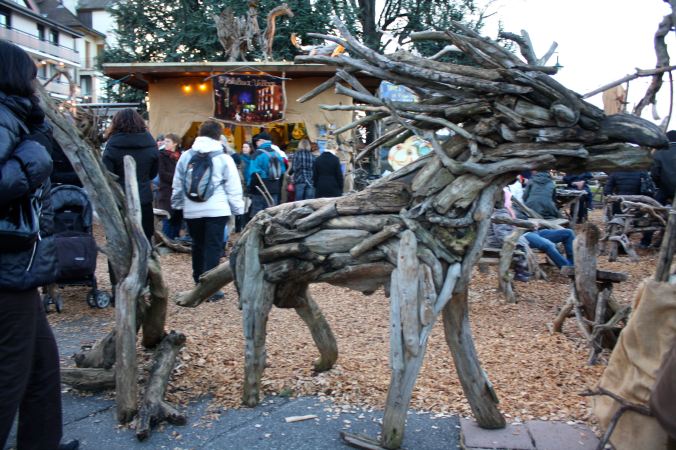 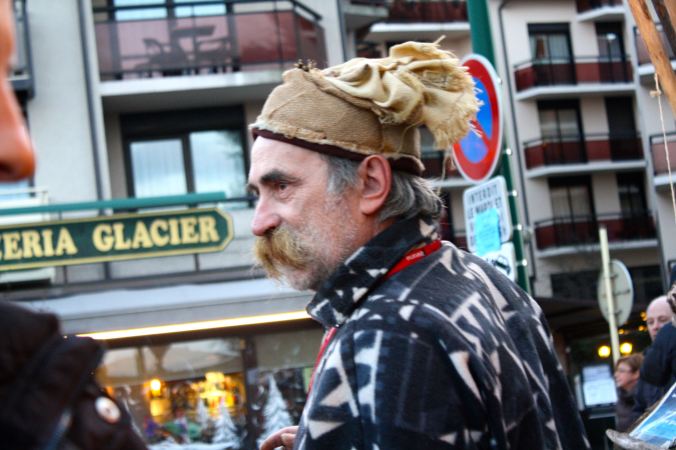